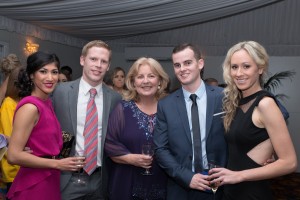 In 2002 after yet another round of blood tests, scans and operations to stop the spread of melanoma, Annie Stanton decided it wasn’t enough to sit and wait for a cure.

Melanoma had plagued Annie for more than 15 years. Now it was time to do something about it.

So with a small group of family and friends “Walking on Sunshine” was born.

The name “Walking on Sunshine”, or affectionately known as WoS, became the banner under which fundraising efforts would operate. Little did Annie or her friends and family realise, the significant contribution WoS would make to cancer research. Together, WoS have raised almost $300,000 to date. 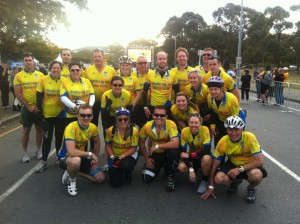 The success and popularity of the first WoS Gala Dinner ensured it became a biennial event. However the impact of the WoS brand spread to teams competing in the Ride to Conquer Cancer, the Melanoma March and poignantly was adopted by a very brave young man, Ian Dzialdowski, who rode across America proudly wearing the name.

Each year as Annie continued to battle melanoma, she contemplated passing the fundraising to others. However, overwhelming support for her from the now very large group of WoS enthusiasts ensured her efforts continue.

Now, thanks to that support, Walking on Sunshine has been registered as an official charity with the Australian Charities and Not-for-Profit Commission (ACNC) with the subtype of advancing health.

The commitment Annie made to helping find a cure for melanoma has now become even stronger through the Walking on Sunshine Foundation.

We’re Walking On Sunshine … And Don’t It Feel Good